On The Mother’s ‘Pornography In Photography’, Shame On Us All; Same On Assholes! 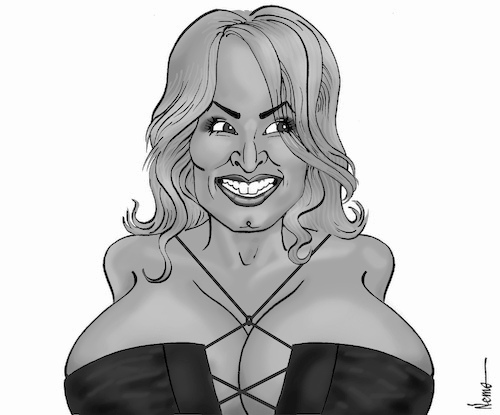 This is part of my Women’s Day messages. The theme for International Women’s Day 2019, which will take place on 8 March, is “Think equal, build smart, innovate for change”. I do such on topical issues to highlight the fact that women’s rights are humans’ rights. Lo, we go…

Nudity is being dished out and served a la carte to friends or relatives by crooked South Sudanese wild-wild-waste(www).com generation of cyber love practitioners. As if to mark the new year (2019), it started as a give-and-take sort of video and picture love live chat between social confidantes on smartphones .Shit! It hit the pan!

Boyfriends and girlfriends do this, and then later use it for revenge attack especially after a fall out. The screenshots from video chats of ‘secret parts’ of both men and women are trending like a hot cake on Facebook Messenger and WhatsApp.

Wives of ‘the Lost Boys’ with our local celebs (Deregel Musicians) top the rank in this game of shame in our community.

Ouch, even one of them is said to be my relative by extension; and the other a friend! I was shocked when somebody ‘served’ me with their porn-privy parts, unsolicited!

Who I mean did this know themselves very well.

It is mainly from one community, by the way! And they are lovin’ it like a McDonald’s stuff! What a damned generation! Electronically punching and psychologically munching what is their very own (nudity) in the name of ‘the other one’!

So this is what I condemn. If you blame me for making it public on a Women’s Day eve, damn you!

If you participate in sharing the nude pictures and videos of the exes, or either of the sexes, damn you…even me by default, though it was not my fault.

If you engage in filming yourself or someone else’s for your own or friend’s sex therapy or gratification, damn you even the more!

And what amount of damnation can we pour upon those who do this to mothers, even of older age? As for those pastors’ wives (they are also human by nature!), by now, methinks, their holy husbands should have enough spiritual venom to reinforce my cursing. Or…, it is up to them, after all.

What, in fact, is not up to them is stopping it, right now. For once and for all. We must all join in telling them to “stop, it’s stupid!” Indeed, very ‘unJiengly’! In fact, very non-South Sudanic a culture it is. Indeed, very socially ugly! Above all, very ungodly!

One of the victims of this shameless publicity that confided in me during a chat not meant for public consumption had even contemplated suicide. Thank God, the young girl eeded to amateurish counseling. Just imagine the damage done to the families of these women and men. And I pity more such young girls being taken advantage of by greedy men of these age!

If our community were serious enough, the perpetrators and ‘perpetuators’ (sic), in other words, those doing the act and those spreading it, should not go unpunished. And then the victims given justice, both psychologically and financially. Unfortunately, the community is mocking them. Others have been disowned and excommunicated! This has made their lives complicated.

As if that’s not enough, there is no more abomination than using the current status of our nation to exploit refugees and the downtrodden with bloodstained wealth from kleptocracy or misplaced sweat money from our manual labourers in the West. What a waste!

This is what one victim, who was stabbed in the back by a lover, said,

“Indeed, what I did was a confidential between the two of us, just to certify our love, but no, that wasn’t the case…..now others will take it as a kind of prostitution!”

This said, this is sad! So, is that what the sadists want?

During those good old days, if a mother, or any woman went nude in the open for some reasons, a community had to go mute for many reasons and seasons.

Shame on you for taking the photographs; the same on me if I am partaking in the pornographs!

If you would not wish to have your girlfriend (even boyfriend), your wife (or husband), your mother, your child, your relative, etc. for decency’s sake, exposed by such rude dudes using crude nudes, then do something now…! Let’s do it now…!

Community nudity is no community commodity; stop it, stupid!