South Sudan: A new paradigm shift in the making 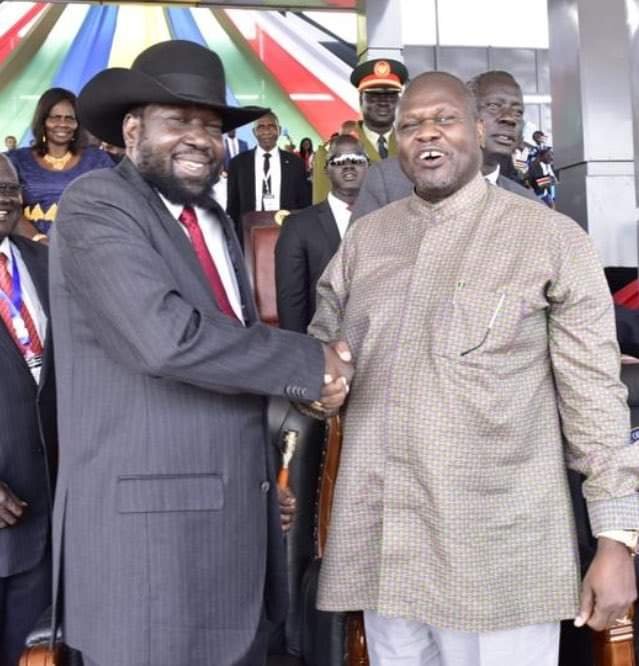 My dear South Sudanese, as leaders are legally hold accountable by their “words” and “actions”, let us join together to help these two principal leaders: President Salva Kiir Mayardit and the would-be First Vice President Dr. Riek Machar Teny as well as other armed and non-armed opposition groups in the implementation of this peace agreement.

From their words in the peace celebration held yesterday dated 31st October 2018 at Dr. John Garang Mausoleum in Juba,South Sudan , there seem to be a growing paradigm shift of thoughts, commitment and a new way of resolving the egregious armed conflict that has happened and continue to destroy the very political and social fabric of our nation.

My fellow citizens, I call upon all of you to read, understand and own this agreement. I equally call upon true friends of South Sudan in the international community to help implement this agreement. Let this peace agreement be translated into major local languages for easy understanding. If implemented as positive steps and confidence building are gaining momentum, I still hold the view that this agreement “will create framework for institutional reforms and democratic reconstruction of South Sudan”. This part is only my interests and perhaps much more citizens’ interests and that’s reasons why some of us accepted to be away from our families for days and months to knock at the doors for actual realization of this paradigm shift.

To the government and leaders of armed movements, the hour has come to show responsibility. A leader is usually known during time of crisis and during moment of perceived impossibilities. Respect and implement permanent ceasefire. If you are truly their leader, then exercise your command and control over them. Remember in military, there is no bad soldier, but a bad commander.

Finally, I call upon President Salva Kiir and leaders of various armed movements to immediately release all political detainees in your custodies as a beginning of a new paradigm shift in the implementation of the peace agreement.