BOBI WINE SHOULD COME CLEAR OF HIS MESSAGE 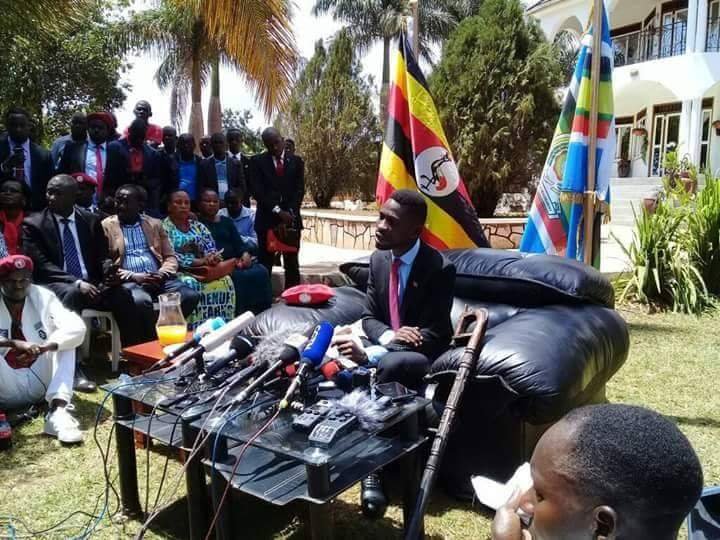 … There is still vagueness in Bobi Wine remarks whenever he speaks about an “Idea whose time has come.”

He has a lot of recent tenable experience about the state, but other than mention the obvious, he fails short to sale a picture of that idea. All he does is paint an indecipherable future by using “borrowed” words. I said borrowed because Gandhi said them. MLK said them. And Mandela said them.

Freedom in itself is not a means to attaining prosperity. If it was, the “Land of the Free and the Brave” would not be losing jobs to China, or having healthcare shortfalls.

Bobi needs a team. He is currently riding solo -despite all the sympathies and risk people are taking around him. He needs other young, influential people, including tech-savvies to bombard the public with practical imagery of that Uganda he sees “taking its rightful place in the world stage with pride.”

What is this “Uganda that works for all Ugandans” that he refers to? All he is obsessed with right now is getting rid of Jajja Bosco, and not suggest policy-oriented solutions that can empower and safeguard those freedoms. This attitude of alienation doesn’t always work out, just like in Libya, Satafrica, and even recent Zimbabwe.

Dr. John Garang once cautioned liberators/freedom fighters against overpromising; “If the barest minimum of things [you said] are not available, then the people will drive [you] to the sea.”

Secondly, not everything is achieved through mass action. Raila Odinga is my witness. Monday’s protests almost drained Kenya of its security and stability…not until the popular handshake with Uhuru Kenyatta did the real political will to implement real devolution & the current fight against corruption begin in Kenya.

Also… Julius Malema managed to pressure the ruling South Africa, ANC, and orchestrating consistent near theatrical corruption campaign against President Jacob Zuma, until his ouster. All this in the parliament.

All I am saying is that… what Bobi WIne is saying is a quarter of what Raila in Kenya, or Dr. Besige campaigned on. He needs to go the extra-mile.

And jealously… sometimes I feel he is talking about South Sudan in some of the issues rather than Uganda.

This is also an idea whose time has come. Don’t hate🤨