WHAT KIND OF PEACE ARE WE WAITING FOR? 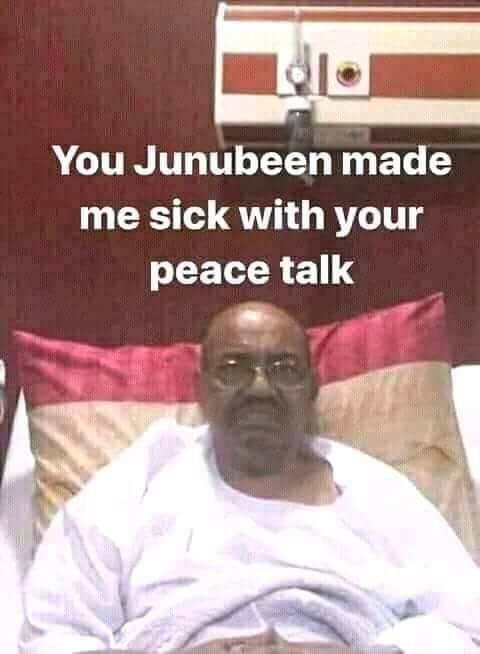 Since February! When the parties started negotiations on the ARCISS chapter one (Governace) and two (Security). One of the sticky issue was the number of States, the TGoNU argued that the creation of 32 States was done through the popular demand of the people whereas the opposition believed that it was unconstitutional and illegitimate. Demand return to old 10 States dispensation or order.

Each party stood their ground and not willing to compromise. At one point, some parties demanded the old British districts of 21 States. Others even proposed dissolution of all the states and we return to the regional governments with Equatoria, Upper Nile and Bahr El Ghazal

Some of us might recalled the SSOA decline to sign the Khartoum Peace Agreement arguing that the issue of states needed to be resolved first before they can sign. There was a commitment made to them that they should sign and the issue shall be deliberated and resolved.

From the look of things, they failed to agree or compromise in Khartoum and most fundamental question was- what number of States will the revitalized TGoNU operate on before the IBC concludes its work. Assuming the IBC failed to resolved this issue- what happen next? Others proposed referendum and others rejected this call.

As the parties are busy preparing to sign the Revitalized Peace Agreement and with clear indication that the IGAD Council of Ministers and later Heads of States to determine / resolved this issue. This will definitely look like an imposed decision of take it or leave it. Where is the political will for our leaders to hold their manhood and resolve this matter.

Anyway, it is my hope that this issue will be resolved and parties will be satisfied and allow us to determine this issue in the permanent constitution making process.

The biggest challenge to this peace process is the believe and conviction of am the Winner and you’re the Losers. The Winners raised their voices higher to embarrassed the losers. Unless we look at this Peace process as reflection moments and the end to conflict.

What kind of peace are we waiting for?
#TiredCitizen