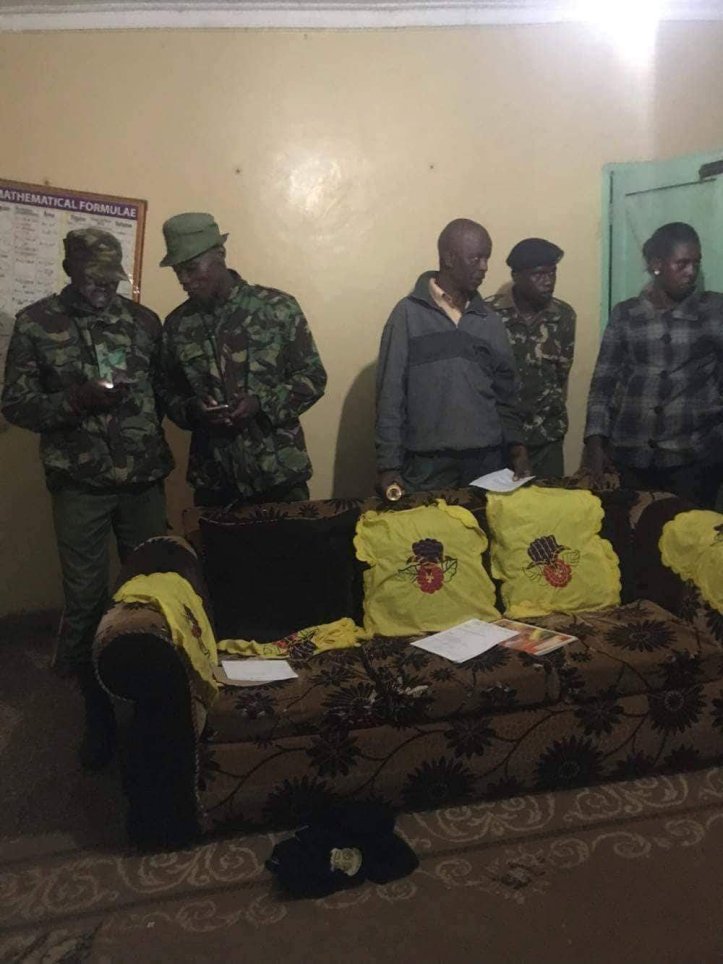 Over the last weekend, we at AFTABOSS Group have been receiving distress calls from all over the towns where helpless South Sudanese residents live in. The Kenyan Minister for Internal Affairs issued the order on crack down on ‘illegal immigrants’ last week. Hotlines are being run on local media for volunteer citizens to report any ‘illegal immigrants’ to the police.

As a result, this order is now weighing down exclusively on South Sudanese urban residents, student community and refugees in cities of Nairobi, Nakuru, Eldoret, Nyeri, Karatina, Bungoma, Kitale, etc., as if they are the only immigrant nationalitirs in Kenya.

Over the weekend, our activists and bloggers have been receiving live distress calls and messages beyond midnight on night panic meted out on families by the police. Others are scared to stay indoors as volunteer citizens threatened to take the law into their own hands in accordance with Hon. Fred Matiang’i, Minister for Interior’s, media advert.

“Hello brother, that picture is what Kenya police are doing right now in A. Akoi’s home at Bungoma town. So, please we need your help to tell our Embassy people. They are moving away the whole family!” A Messenger reporter from the neighborhood.

Another citizen’s reporter sent this Messenger text by 1am on 28 August 2018 from Bungoma, over a family being moved wholesale to prison by the time of the messaging.

“I just finished talking to the owner of the house being cordoned and attacked by the policemen now. They just came into the house and asked everybody to move out of the house, and of cause to the police station. Everyone is now at the police station without even exception of the kids and old woman. It is sad!” The eyewitness continued with a tone of urgency.

“It is in Bungoma. Yes, just now, now! I talked on Messenger with the owner of the sitting room you are seeing in this picture. She is at the police station just after midnight right now!”

In another police swoop in Nakuru, an old woman was scared and tried to investigate if the policemen and policewomen are not criminals who had been terrorizing South Sudanese residents at night.

” What is the difference between you and the robbers of last year who took everything from our house? They came exactly at midnight like you now, demanded our documents, and when we opened for them our doors, they put us at gunpoint and loaded onto their car every belonging in our house, including this old grandmother’s bag of rags. How can I believe you? Why do you fear light? What if you leave the old woman and her children alone and you come back at daytime, if you really are people of the law?” She investigated the already angered police squad. The whole family was among the 48 that spent the Iddal Adha’s long weekend in police cells.

By Monday evening, the South Sudan Embassy staff had not secured the release of anyone as the ministries of internal and foreign affairs of Kenya were still telling them to hold on as the process was still in progress.

The police raids have disrupted children’s trips back to school as they are being waylaid and taken to prison. On Saturday, 25 August 2018, a group of 15 students were rounded up and taken to prison as they were still behind bars by Tuesday morning.

“Some school children have lost all their school fees as desperate parents or guardians attempt to bail them out, only to be rearrested later together with the family in their estates of residence,” one student revealed this to our AFTABOSS Blogger. People have already paid their “instant fines” of between 20,000 and 50,000 Kenya Shillings (about 200 and 500 US dollars). They also face the risk of being rearrested as they do not demand for receipts from such ‘unilateral fines’ (bribes).

Some families and individuals with updated immigration documents and refugee cards are released, but those with expired visas and identity documents are awaiting court cases or direct deportation.

However, the whole operation seems to be a snare for such quick settlements between the police and individuals. Unfortunately, it is carried out in such a away that even those with valid documents end up being victimized through family bailouts or when they have left their passports and cards at home for fear of pickpockets. 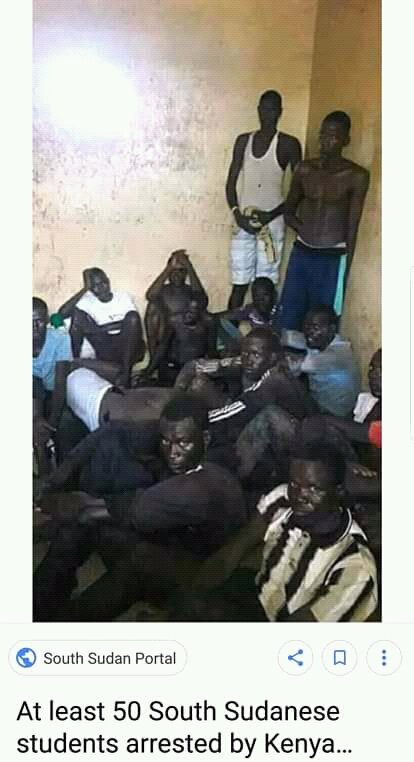