POSITION PAPER OF NEW SOCIETY ON THE REVITALIZATION PROCESS IN ADIS ABABA. 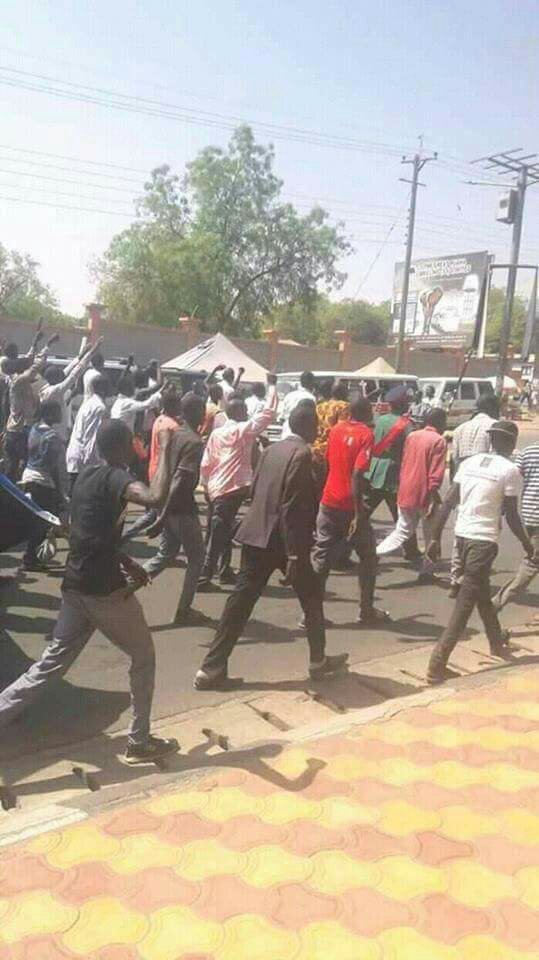 New Society is a civil society organization that has been watching with keen attention the dramatic unfolding of events in South Sudan since 2013 .  In light of the ongoing renegotiations of the peace agreement, New Society would like to present the following views;

IDENTIFICATION OF THE CURRENT PROBLEM OF SOUTH SUDAN

In these changing times as the world is making a paradigm shift from progress to progress, a tiny and yet significant part of it in the name of South Sudan is moving towards the anti-clockwise direction, from retrogression to retrogression. Having been midwifed by the joint hands of her freedom fighters and the international sympathizers amidst so much hopes and dreams, South Sudan  as a new born child who brought a lot of joy to all those that participated in its midwifery is now getting malnourished to death before the very eyes of those who enhanced its birth.
The current problems beleaguering the state of South Sudan are not new under the sun as can be seen in their enumeration below;

Political intolerance. There is a clique of people, at whose helm is President Salva Kiir, seconded by his cronies who have developed a sense of entitlement to the leadership of the country. This overbearing tendency has no doubt caused alienation of the rest of South Sudanese who feel that the door has been unfairly shut on them in their own home.
Lack of respect for the rule of law. Much as it can be argued that South Sudan being new to the aspect of statehood and could be yet to establish herself as a country, like the rest, run on the basis of conventional law, there is at least a transitional constitution with which the independence was promulgated in 2011. In this constitution, the basic tenets of law such as the bill of rights and the penal code are enshrined and explicitly written. Unfortunately, the regime has ignored them and opted for dictatorship without a vestige of respect for the rule of law, hence the pervasive discrepancies like the curtailing of the freedom of speech, extra-judicial killings and the rule by pure decrees.
Use of large scale violence to settle political differences.  As has been witnessed by the whole world what level of violence has been employed by the government of South Sudan to quell political dissent in the country, the effect of this carnage and its subsequent contribution to the ugly status quo in South Sudan cannot be overestimated.
Opportunistic ethnic polarization and widening of the tribal fissures in pursuit of political mileage. Upon realizing that the legitimate political ground has shifted beneath him, the president and his cronies pulled out the tribal card as the alternative to the genuine exercise of democracy. Although South Sudan is a heterogeneous society replete with a diversity of ethnic groups, they are nonetheless people of common historical origins who have more that unites them than divides them. However, since the eve of the 2013 conflict, the politicking elements within the regime started to scratch the old wounds incurred during the turbulent period of the twenty years of liberation struggle for example digging up the stories of the 1991 Bor saga, and more so in exaggerated tales. As desired by the agents of destruction of the country’s social fabric, seeds of discord were sowed in the minds of the people and the dichotomy of ‘us versus them’ was drawn, making it ripe for the planned project of self-annihilation to flare up as evidenced in the carnage on Nuer nationalities in December, 2013.
Self-centered style  of leadership. It would probably sound superficial to bring up this point as one of the major problems ailing South Sudan in that politics could be argued as generally a ‘game of interest’, but the extent to which this vice characterizes the leadership of the day is overwhelming.  The government does not care one bit about the lives of the citizens, let alone their needs. This suffices to explain why it is adamant to embrace the options which can easily usher in peace in the country like the release of Dr. Riek Machar whose confinement in South Africa does nothing but keep the war protracted to the detriment of the citizens’ lives. This is because Dr.Riek Machar is seen as a formidable political competitor. On the one hand, the handpicked replacement  in the stead of Dr. Riek Machar is a virtual lap dog of president Salva Kiir and his cronies. For that reason, he has been unilaterally installed and imposed as the figurehead of the SPLM/A-IO and yet he does not have the approval by the majority of the people from the said party. That being said, the effect of the conflict of interest between individualism and the national interest cannot be underestimated in its damage to the country.

POSSIBLE SOLUTIONS TO THE IMPASSE IN SOUTH SUDAN.
The solutions with which these problems could be addressed are not also far-fetched as presented below;
Release Dr.Riek Machar and all the political prisoners. In the first phase of the revitalization process, one of the key items was that all the political prisoners who have been detained arbitrarily be released unconditionally. The swiftest response to this order was from the SPLM/A-IO that set free a score of hitherto prisoners of war following the sanction by Dr. Riek Machar. On the one hand, the regime in Juba has not reciprocated this gesture as there is no one among the kidnapped and Illegally detained members of the SPLM/A-IO has been released from the torture camps in Juba and all around the country. This is an indication that the regime in Juba has turned a deaf ear or deliberately sat on the order by the IGAD to release political prisoners. Needless to mention that this intransigency by the regime

New Society would also  like the IGAD, TROIKA, AU, EU and all partners involved in the peace process in Addis Ababa -Ethiopia  to agree on the same position on how this   individualistic interest which is imminent threat can be deter in order to achieve a long lasting peace.  We are suggesting to the host  (IGAD  )to isolate individuals who are the  block to ongoing revitalization process in order to achieve the peace.

As humanitarian situation is worsening in the country we would want the international community to intervene and expedite the process of  revitalization of ARCSS to take it effect from February onwards without obstacles anymore .
Ngor Jameson Panchol