By Gai Mayen Luk
After resolving the stand off between himself and General Malong which was but a distinct threat to Jieng unity, his presidency sejui generis and not necessarily the already jeopardized unity of the entire country, Salva Kiir should employ the equivalent gusto to widen the arch of peace-making and bring the rest of his opponents to the fold, in the interest of national unity.
To the apologists of the Juba regime, the differences between the president and his former chief executioner, then turned nemesis, were a matter of urgency that needed a prompt settlement. However, a blind eye and a deaf ear have obstinately been turned to the formidable opposition_both political and military_ and loud cries from the scores of South Sudanese who feel relegated to the tail of their country’s make up, which tantamounts to the position of ‘second-class citizens’ in their new home in spite of the fact that  they have also contributed, like the president himself and the cronies, with blood, tears and sweat to birth the nation.

The worrying contrast that I have discerned between the dead silence in the face of mistreatment and sheer exclusion of a score of not only national figures but also other ordinary citizens of South Sudan and the deafening outcry that recently echoed with a moving effect from the loyalists of Kiir-Malong condominium due to the duo’s unforseen fall-out, confirms that Jieng unity alone  is more paramount than the national cohesion in this regime.

Not that anybody in their right mind would wish for the violent confrontation between Salva Kiir and his kin generals which may perhaps increase the blood-bath, eventuate Jieng disintegration and add salt to the wound of division that the country is gravely ailing from as per now. But it is a clear manifestation of hypocrisy when people keep quiet, pay lip-service or claim the neutral status as Salva Kiir is busy driving the wedge of division among other South Sudanese but instinctively change their behavior in the event of a looming Dinka fragmentation.
The tipping point is that we the collective peoples of South Sudan, in seeking for genuine peace, must prod president Salva Kiir to go ahead and make peace with all his rivals, beginning by sanctioning the release of Dr. Riek Machar from his confinement in Pretoria.

It should be borne in mind that the way it felt to the family and supporters of General Malong Awan when he was arbitrarily detained and put under house arrest in Juba is the same way their counter-parts whose leader Dr. Riek Machar is being extra judicially grounded in South Africa feel ; same story for the many politcal prisoners who are languishing in Akol Koor’s torture camps of the Blue Houses. 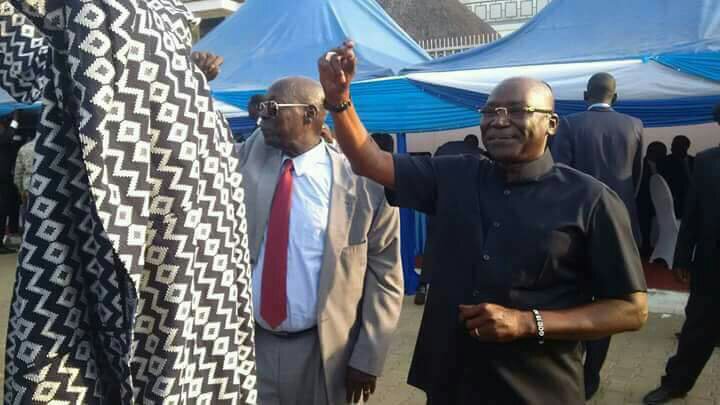