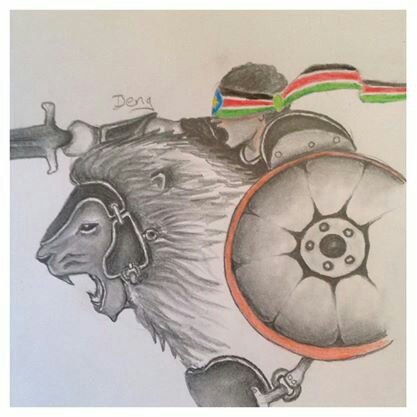 By Nathaniel Pierino
Just like Wenger saw that the six continents of the world can have a fit; so he developed a theory to explain himself.

So a farmer wakes up to go to his garden or luak; a forty days journey.

He carries with him:

3. Food for the days out

4. Spear for his defense against while animals and invaders along the way.

On his way he meets other groups of farmers going to the same area equipped in their own ways in similar ways and they become a big company to defend themselves against while animals and invaders.

Amongst his new companies, there were those who offered to help lift his luggage and help him in gardening until harvest.

When it started raining after 20 days into the journey, all branched and took shelter in the nearby villages for 7 days, to preserve their seeds; so the 40 days journey became 47 days.

The farmer and his company developing rapport and agrees to combine efforts and dig one big garden, rear animals; for easy attendance,  economics of scale, common defense against invaders and wild animals.

The objectives of each farmer being to harvest produce according to their own seeds and domestic animals; maize, beans, sun flowers, fruits of all types, vegetables of all types e.g. Onions, tomatoes; other farmers had seeds for weeds; cattle, goats, snakes, lion, etc.
They agreed to ban farmers who wanted to keep or plant cocane, marijuana, and other harmful weeds; snakes, lions etc in exchange of tobacco, cattle, goats, and food crops.
At the end of the seasons and harvest, farmers agreed to settle together and formed a village and exchange what they could not have for what they have, within themselves and neighboring villages, and they were able to defend themselves and protect their products against robbers, and predators.
At the end, they realized civilization was nothing but harnessing the earth’s and human resources for the purpose of human life and existence; the self sustaining largest human groupings.
***